Laos has one of the highest under-five mortality rates in South East Asia, with pneumonia being a leading cause. Hospital-based sentinel site pneumonia surveillance was established at the main tertiary referral hospital in the capital city, Vientiane. We describe the epidemiology of paediatric pneumonia and the detection of potential pathogens from upper respiratory tract samples since PCV13 introduction in 2013.

From 2013-2019, we enrolled children aged 2-59 months admitted with acute respiratory infection. Oral, throat and nasopharyngeal swabs were taken. Clinical and socioeconomic details were recorded. PCV13 status was recorded from written records. Pneumonia was classified according to the WHO 2013 definition. Multiplex PCR was used to detect respiratory viruses. Pneumococci were detected using lytA qPCR and serotyped using microarray.

1436 were enrolled, of whom 859 had pneumonia. The median age of pneumonia cases were 15 months (IQR 6-21 months), 53.5% had severe pneumonia, 33.5% were hypoxic, and 1.8% died or were discharged unwell. Malnutrition was present in 5.6%. RSV was seasonal and common in young children. PCV13-type carriage declined in vaccinated and under-vaccinated cases.

Childhood pneumonia is a common reason for hospital admission in Laos. There is some evidence of direct and indirect effects of PCV13. RSV is common. 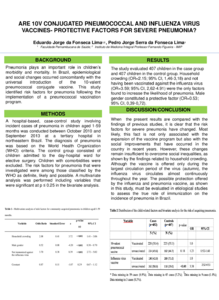 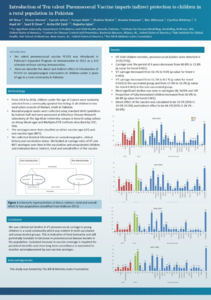 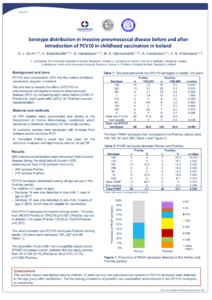 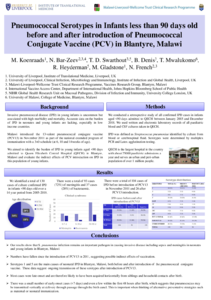 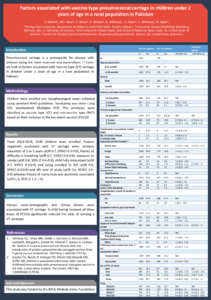 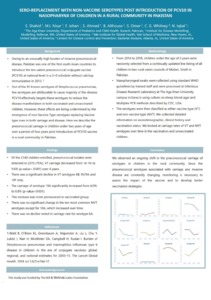 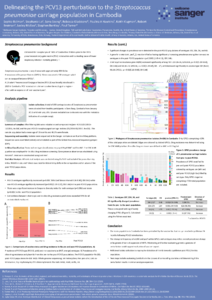 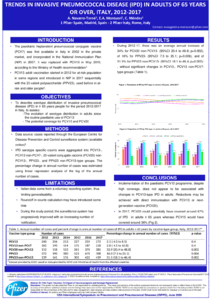