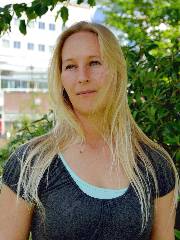 MicroRNAs (miRNAs) are short non-coding RNAs that can regulate gene expression through base-specific interactions. They are generally found in intergenic regions carrying their own promoters or in intronic regions sharing a promoter with its host gene. They are first transcribed as primary miRNAs (pri-miRNA) with stem-loop structures. Still inside the nucleus they are processed into precursor (pre)-miRNAs and subsequently they are transported into the cytosol by Exportin-5. There, Dicer excises the miRNAs from the pre-miRNA hairpin stem and either alone or with Drosha, the strands of the double-stranded miRNA / miRNA* duplex are cleaved into single strands miRNAs. The single stranded miRNA can bind to the 3’ UTR region of a mRNA causing gene silencing. MiRNAs are involved in various cell processes and a dysregulation of miRNA expression is associated with a variety of pathologies.

Dysregulated miRNA expression is associated with multiple cartilage pathologies, including rheumatoid arthritis and osteoarthritis (OA). In addition, it has been shown that modulation of a specific miRNA in chondrocytes can have an enormous effect on its metabolism and cartilage ECM homeostasis.

In addition, a screen to modulate the expression of 11 specific miRNAs was performed by transfecting passage 2 OA chondrocytes with miRNA precursor mimics or inhibitors and the appropriate mock negative controls during seeding at high density (1.26*106 cells per cm2) on collagen-coated culture inserts. After 2 weeks of culture, glycosaminoglycan (GAG) content was determined by DMMB. Modulating the expression of hsa-miR-1, 21, 31, 126, 139 had no effect on GAG content, while hsa-miR-7, 15b, 20a, 27b, 148a and 432 increased GAG content after 2 weeks of culture. Overexpression of hsa-miR-7 positively effects cartilage formation by OA chondrocytes via the EGFR pathway and prevents the up-regulation of markers for hypertrophic differentiation, whereas hsa-miR-148a directly targets genes involved in cartilage catabolism.

General Board (Actual Board)