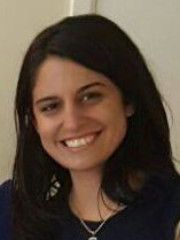 Misdiagnosis of Malaria could result in significant morbidity and mortality. Rapid, accurate and accessible detection of falciparum and non-falciparum malaria parasites through the use of local combined HRP2/pLDH (Pan) Rapid Detection Test (RDT) with a paired blood film has an important role in addressing this. However, there are known limitations to the efficacy of RDTs such us its lack of validation for the recognition of Knowlesi malaria, currently prevalent in some countries of Southeast Asia.

To establish the local diagnostic accuracy of the use of a single paired RDT and blood film to rule out Malaria disease in well children.

Retrospective study of 198 presumed cases of imported Malaria seen at SCH between 2014 and 2019. All of them had at least one RDT, blood film and Full blood count to exclude disease. Hospital numbers were facilitated by our local Haematology lab. The data was collected from local electronic records. Data analysed using Microsoft Excel and MedCalc software.

The use of a single paired RDT and blood film could be enough to rule out Malaria disease in well children, with normal FBC results, who travel from low-risk areas for Knowlesi malaria.