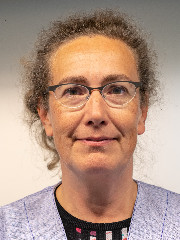 Hanne Christensen (Denmark)
Bispebjerg Hospital
Dep. of Neurology
Hanne Christensen (FESO, FWSO, FEAN) is Professor of Neurology affiliated with Bispebjerg Hospital and university of Copenhagen since 2015. PhD in 2002 (Early neurological deterioration in acute stroke) and DMSci in 2007 (Acute stroke is a dynamic process). She has a broad interest in clinical stroke and clinical stroke research. She serves as chair of the implementation steering committee of Stroke Action Plan Europe.

In 2017 1,120,000 people in the European Union had a stroke, 460,000 died because of a stroke and almost 10 million people are living with sequels from stroke. It is estimated that the number of people living with a stroke will rise by 26% within the next generation. The costs related to stroke in the EU were recently estimated as high as 60 billion euro and are predicted to increase to rise to 86 billion euro, a 44% increase, by 2040.

The burden of stroke can be reduced by appropriate investment and organisation of services for prevention, treatment, support, and care. To coordinate efforts to reduce the burden of stroke across Europe, the Stroke Action Plan for Europe (SAP-E) was launched in 2018 by the European Stroke Organisation and Stroke Alliance for Europe, representing stroke experts and patients from across Europe.

The aim of the SAP-E is to improve the entire stroke care pathway, from prevention and early treatment, to support and after-care.

SAP-E is implemented by representatives of stroke experts, patients and authorities with support from the SAP-E Implementation Program. Main tools of SAP-E include the Declaration, the twelve key performance indicators, listed Essentials of stroke care, and the Stroke Service Tracker. National coordinators have participated in four seminars on SAP-E and are offered participation in workshops on use of SAP-E tools, advocacy as well as sharing experiences.

Status and tools of plan will be presented.