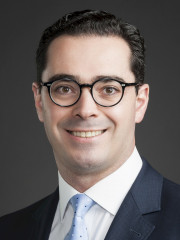 Osteoarthritis (OA) is the most common form of arthritis and a major cause of disability in the adult population. Initially it was considered as a primary disorder of the articular cartilage, however studies have demonstrated that all joint structures are affected including the calcified cartilage, subchondral cortical and trabecular bone, joint capsular tissues, and the synovium. Recently, there have been significant advances in characterizing the structural and functional alterations in periarticular bone associated with OA, and several groups have demonstrated that the presence of bone marrow edema correlates with the severity of joint pain and progression of cartilage and bone lesions.

Lately, there has been an increasing interest and awareness of the importance of the subchondral bone and its role in the pathogenic processes, as well as the necessity to carefully consider this structure in the treatment of articular surface damage, in the evaluation of the results over time, and in the determination of the patients’ prognosis.

Bone marrow lesions (BMLs) are characterized by increased signal on T2-weighted sequences with fat suppression on magnetic resonance imaging (MRI), known as bone edema lesions, indicate a mechanically and histologically altered subchondral bone. Such lesions have been related to pain, joint surface deformation, and accelerated osteoarthritis progression. Histological evaluations of these lesions demonstrate that these are not edema areas per se, but rather a set of nonspecific changes involving fibrosis, medullary fat necrosis, microfractures of the trabecular bone, and poor mineralization, confirming the hypothesis of areas of excessive bone remodeling without the ability to form bone with normal characteristics.

Therefore, the treatment goal for BML, associated or not with large chondral or osteochondral defects, should be to try to restore the physiological properties of the osteochondral unit, aiming to achieve a more predictable repair tissue that closely resembles native articular surface and remains durable over time.

Subchondroplasty consists of the application of a synthetic bone substitute based on calcium phosphate in the BML for the treatment of lesions in which conservative treatment failed. The goal is to improve the structural quality of the affected subchondral bone and promote local bone remodeling, aiming to prevent bone collapse and the progression of arthritis. Previous reports in the literature have demonstrated the feasibility and applicability of the technique to reduce pain and improve function, with a small risk of complications. The procedure is effective in pain reduction in the short and mid-term, however there still no data regarding long term results.

Bone autografts are commonly used in orthopedics to stimulate healing in surgical procedures and to address issues of bony deficiency. More recently, the use of bone autografts in the field of cartilage repair has increased to treat osteochondral defects associated or not with surface cartilage repair procedures. Historically, iliac crest bone graft has been utilized as a source for bone autograft; however, this harvest site is associated with substantial post-operative pain and morbidity. Therefore, the use of autograft bone from the proximal tibia or distal femur; or the use of allografts are options of a viable source of structural graft. In osteochondral defects, such as osteochondritis dissecans, affecting both the subchondral bone and cartilage surface, bone graft can be impacted into the defect, up to the level of the subchondral plate in order to restore the subchondral bone defect. For smaller defects, no additional fixation is required. In larger defects, a layer of fibrin glue can be added, with or without collagen membrane coverage, to secure the graft from displacement.

Autologous osteochondral transplantation (OAT) was developed to treat relatively small and medium-sized focal chondral and osteochondral defects of the weight bearing surfaces of the femoral condyles and is a surgical technique that provides hyaline cartilage to restore the osteochondral anatomy of the articular surface. Long-term results with OAT were reported by Hangody et al. with good or excellent outcome in 91% of femoral condyle resurfacing procedures. In this procedure, osteochondral plugs are harvest from the patient’s own knee, and donor site morbidity can become an issue, depending on the size of the lesion that is being treated.

The fundamental concept governing fresh osteochondral allografting is the transplantation of architecturally-mature hyaline cartilage, with living chondrocytes that survive transplantation, and are thus capable of supporting the cartilage matrix. Fresh osteochondral allografts possess the ability to restore a wide spectrum of chondral and osteochondral pathology. In our experience, allografts can be considered as a primary treatment option for osteochondral lesions >2 cm2, as a revision cartilage restoration procedure when other cartilage treatments have been unsuccessful and are also indicated for salvage reconstruction of post-traumatic defects of the tibial plateau, patella or the femoral condyle. In selected cases, allografts can be used to treat more severe disease situations such as unicompartimental arthritis. The two commonly used techniques for the preparation and implantation of osteochondral allografts include the press-fit plug technique and the shell-graft technique. Long-term results have been reported with this technique, with more than 80% survivorship in 10 years with good and excellent clinical outcome. Osteochondral allografts do present the surgeon with unique and important differences from other cartilage repair techniques, such as limited allograft tissue availability and the potential for transmission of infectious disease from the graft or immunologic response by the recipient.

Since it was first reported in 1994, autologous chondrocyte implantation technique was further developed and led to the matrix-induced autologous chondrocyte implantation (MACI), which simplified the surgical procedure and reduced the likelihood of adverse events such as adhesions, hypertrophy, and delamination. For osteochondral defects, the “sandwich” technique is usually utilized, using bone graft to restore the osseous portion of the defect a then two layers of scaffolds with cells for cartilage restoration. A few studies showed the presence of subchondral bone changes after autologous chondrocyte implantation. Considering regenerative procedures, short-term results reported by some authors showed that the status of the subchondral bone was significantly correlated with clinical outcomes. These findings demonstrate the importance of the subchondral bone and the need for further studies to better clarify its role in the pathologic processes, the importance of carefully considering this structure in the treatment of articular surface damage, in the evaluation of the results over time, and in the determination of the patients prognosis. Several authors have highlighted the need for biphasic scaffolds, in order to reproduce the different biological and functional requirements for guiding the growth of the two tissues (bone and cartilage), to result in a predictable and durable repair. New scaffolds with osteochondral regenerative potential have been developed and evaluated with promising preliminary results.