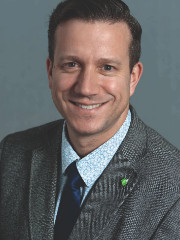 A. Schneeberger, United States of America

Albert Einstein College of Medicine Psychiatry
PD Dr. Andres R. Schneeberger is a US and Switzerland board certified psychiatrist with an interest in social psychiatry, posttraumatic stress disorder, aggression, violence and the effects of coercive measures. He is also the psychiatrist-in-chief of the Psychiatric Services Grisons, a psychiatric inpatient and outpatient network located in the southeastern part of Switzerland. He graduated from medical school at the University of Basel, Switzerland. PD Dr. Andres R. Schneeberger completed his psychiatry residency and an administrative fellowship as a senior chief resident at Montefiore Medical Center in the Bronx. Andres R. Schneeberger is an active researcher focusing on mental health service research, global mental health issues, posttraumatic stress disorder and the effects of coercive measures on people with severe mental illness. He is also on the review editorial board for Frontiers in Psychiatry and has reviews articles for several renown academic journals. Dr. Andres R. Schneeberger has received the award for outstanding medical student educator from the Leo M.Davidoff Society of the Albert Einstein College of Medicine of Yeshiva University and the poster award for best presentation at the International Society for the Study of Trauma and Dissociation. He continues to have an affiliation at AECOM as assistant clinical professor and as a lecturer at the University of Zurich, where he received his habilitation in 2019.

Date
Mon, 12.04.2021
Session Time
17:30 - 19:00
Room
Channel 6
Chair(s)
Session Description
The Live Q&A of this session will take place in the Live Sessions auditorium. Please refer to the interactive programme for the exact time and channel. Recently, the discussion on physician aid-in-dying (PAD) extended to the context of mental disorders. Supporters of that view mainly argue based on patient autonomy. In Switzerland the Swiss Academy of Medical Sciences (SAMW) updated their recommendation, replacing the requirement of terminality with the criteria of unbearable suffering. This would allow people suffering from mental illness to access PAD. However, the Swiss Medical Association (FMH) decided not to adopt this recommendation and to restrict PAD to cases of terminal illness. In Germany, in 2020 the Federal Constitutional Court ruled that the right to self-determined death, including the freedom to seek assistance for suicide, if available, is a civil right. The implications of these decisions for legislation and practice on PAD in general and mental disorders in particular are not fully conceivable yet. The discourse about defining severe suffering and terminal illness in psychiatry is complex and challenges legal, ethical and professional positions on both an individual and a collective level. Suffering is a necessary but insufficient condition for PAD in psychiatry, the other criteria being decision-making capacity and refractoriness of the suffering. Additionally it has to be taken into account that suffering is a subjective experience that can only be quantified by the patient. The symposium aims to focus on the discussion of conditions under which severe mental illness might lead to such a pronounced and unbearable state of suffering, with no prospect of therapeutic improvement that - after a conscientious assessment - PAD can be considered.
Session Icon

S0105 - PAD in Psychiatry: A Review on History and Current Developments