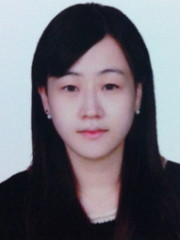 Neonates in the neonatal intensive care units(NICUs) are vulnerable to nosocomial infections, which in turn are associated with increased infection-related morbidities and mortalities.

Two outbreaks occurred during an 85-day period in two disconnected subunits, that share the same attending physicians. A total of 7 cases of sepsis occurred. Environmental surveillances including Adenosine triphosphate(ATP) bioluminescence assay monitoring and environmental cultures were carried out in parallel to 29 healthcare workers’ hand cultures.

During 4 years prior to the outbreaks, a total of 260 neonatal sepsis occurred. CoNS(n=164,63%), VSE(n=32,12.3%), MRSA(n=21,8.1%), were reported as the most common pathogens. Coincidentally, the causative pathogens of the outbreaks were E. faecium(n=4/7) and S. capitis(n=3/7). In the environmental cultures, both were cultured from both medical and non-medical devices located remotely from the patients. ATP titers were found to be the highest on a keyboard(2706 RLU). Hand cultures were done, and S. capitis was cultured in n=9/29(31%). All S. capitis obtained from the environments as well as hands that had similar antibiotic sensitivity profiles with the pathogen underwent Pulsed-Field Gel Electrophoresis, showing identical genotypes. The following interventions were applied:changing keyboards to sanitizable medical ones, changing methods and frequencies of universal and targeted environmental disinfection. No more infections by the nosocomial pathogens of the outbreak have occurred since, then.

We identified that the colonized pathogens on non-medical devices can be a source of infection.