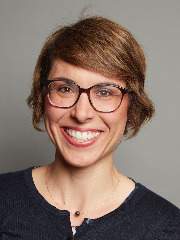 The gut microbiota is emerging as a critical regulator of immune responses and appears to play an important role in MS. The International Multiple Sclerosis Microbiome study (iMSMS) is a global collaboration aimed at elucidating the role of commensal gut bacteria in MS by acquiring and analyzing samples from 2000 patients and 2000 household healthy controls.

The iMSMS focuses on identifying the microbes, genes and pathways that are involved in MS pathogenesis and on investigating how the microbiome changes response to treatment.

A total of 576 case and household healthy control pairs were recruited from 7 centers located in the US (West and East coasts), Europe and South America. Stool samples were collected and evaluated by both 16S and shallow whole metagenome shotgun sequencing. Univariate and multivariate linear regression analyses were conducted to understand patterns of variation on gut microbiome.

This is the largest MS microbiome study reported to date. Our results showed a statistically significant difference of beta diversity between MS and healthy controls for the first time in MS. Intriguingly, multiple species of Akkermansia, including the known mucin-degrading bacterium Akkermansia muciniphila, were significantly enriched in untreated MS patients after adjusting for confounding factors, but the difference was not detected in treated MS group versus control. Ruminococcus torques and Eisenbergiella tayi were also among the top significantly enriched bacteria in MS. Inversely, a main butyrate producer, Faecalibacterium prausnitzii, was significantly decreased in the untreated MS group. Functional pathways of L-tryptophan biosynthesis and L-threonine biosynthesis were slightly increased in untreated MS patients, while 5-aminoimidazole ribonucleotide biosynthesis I was increased in the treated group.

Our large household-controlled study allowed us to identify modest but statistically robust MS-associated changes in bacterial composition and functions. It provides the foundation for all future studies of the gut microbiota in MS. The strain-level genomic variation and microbiome-derived molecules need to be further explored for understanding microbial adaptation and pathogenicity.