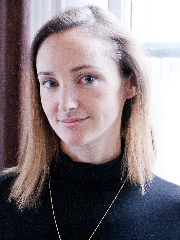 To describe clinical characteristics and risk for disability progression in LOMS and AOMS within the Swedish MS population.

Data were collected from the nationwide Swedish MS registry (SMSreg). Patients with a diagnosis of MS, symptom onset > 18 years and ≥ 2 expanded disability status scale (EDSS) scores recorded were included. Clinical and demographic factors in LOMS and AOMS were compared. The risk for disease progression was assessed by analyzing time to reach sustained EDSS of 4,0 and 6,0 after disease onset, using Cox proportional hazard regression models adjusted for age, sex, disease course at onset.

LOMS is characterized by a significantly higher incidence of PPMS as initial disease course and increased risk of disability progression compared to AOMS even after adjustment for age, sex and course, and even though more than half of the LOMS patients had been treated with a second line DMT.