Serotype 2 was a major cause of pneumococcal pneumonia about 100 years ago and then disappeared. Recently, serotype 2 re-emerged in many countries, including Bangladesh and associated with meningitis. This study aims to understand genomic and epidemiological characteristics of newly emerged serotype 2 strains.

Whole-genome sequencing was performed on 146 isolates (invasive= 125, carriage= 8 and other= 5, unknown= 8) collected between 1989 and 2017. Data were analyzed for comparative genomics, antimicrobial resistance and molecular typing.

Isolates were from 16 countries, mostly in Asia (n=93), Africa (n=23) and Oceania (n=26). Bangladesh (n=66) and Papua New Guinea (n=26) contributed 63% of the isolates. Among the known clinical conditions, 80% (91/113) were from meningitis. All isolates belonged to GPSC96 lineage and descended from two predominant sequence types: ST74 found in Asia and Africa, and ST1504 found in Papua New Guinea and Israel. Almost all isolates were sensitive to all antibiotics. No significant genetic differences were detected between invasive and carriage isolates.

Our findings don’t explain why the recent increase in serotype 2 occurred but exclude an outbreak or emergence of an antimicrobial-resistant strain as the cause. These isolates have unusually high propensity to be invasive, mostly causing meningitis.

MOLECULAR EPIDEMIOLOGY OF PNEUMOCOCCUS ISOLATED FROM INVASIVE PNEUMOCOCCAL DISEASES BEFORE INTRODUCTION OF PCV-10 IN BANGLADESH, 2002-2015 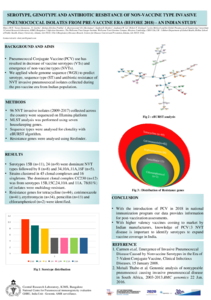 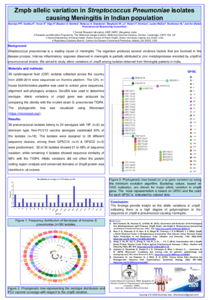 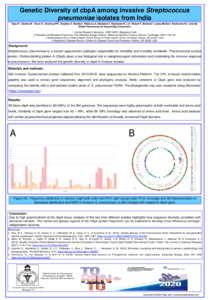 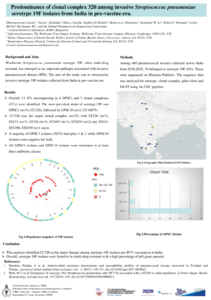 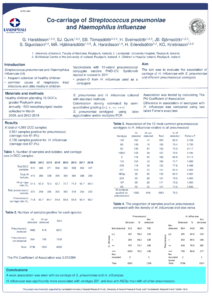 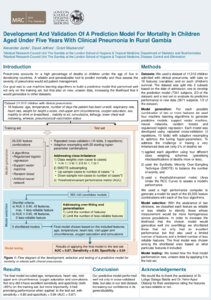 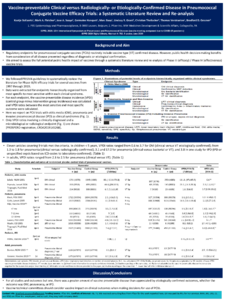 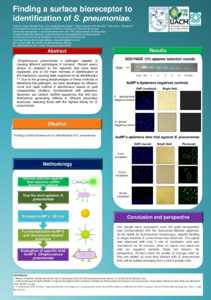 FINDING A SURFACE BIORECEPTOR FOR IDENTIFICATION OF STREPTOCOCCUS PNEUMONIAE. 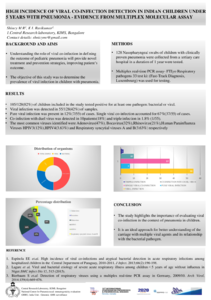