Abstract Control Number
2295
Abstract Body
Background: In 2019, there has been a large number of sustained street protests against government policies worldwide, with many involved extensive use of crowd control weapons (CCWs) such as teargas by law enforcement forces against civilians. Previous studies on the health impact of CCWs are sparse, and little evidence exists on the consequences of repeated, intensive exposure, especially in densely-populated cities like Hong Kong, where large-scale protests have been ongoing since June 2019.
Methods: During October-November 2019, we recruited 230 journalists in Hong Kong, for a baseline survey to assess their past exposure to CCWs(e.g. teargas, kinetic impact projectiles [KIPs]), symptoms and injuries experienced, use of protective equipment, and mental health condition (using the Depression Anxiety Stress Scale-21). Subsequent resurveys were conducted one, three and six months after the baseline to capture the temporal variations in exposure and health outcomes.
Results: Of the 230 journalists (57% female; mean [SD] age = 21.9 [15.5] years), 94% have been exposed to any CCWs before the baseline survey, with two-third exposed ≥once/ week since June 2019. About 95% participants had been exposed to teargas; ~50% had been exposed to pepper spray and water cannon; and ~40% had been exposed to at least one type of KIPs, including 43 and 35 being shot by teargas canisters and rubber bullets, respectively. Most (>80%) participants used respirators with chemical filters, but respiratory symptoms (e.g.cough, burning throat, breathing difficulties) remained common (20-30%). There were also surprisingly high prevalences of gastrointestinal (diarrhoea [27%], vomit [6%], dysentery [3%]), mental (moderate or severe depression [47%] and anxiety [23%]), and female reproductive (23% disrupted menstrual cycle) problems.
Discussion: Despite the independent role of journalists in mass protests, the sample had frequent exposure to CCWs and experienced a wide range of health problems across multiple body systems.
Previous Poster Next Poster 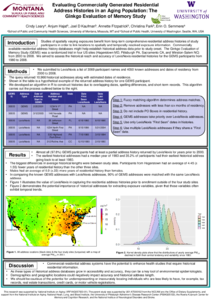 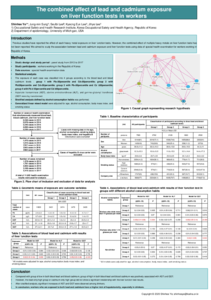 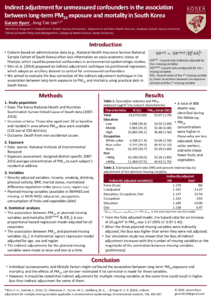 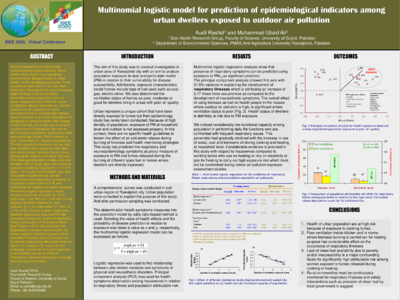 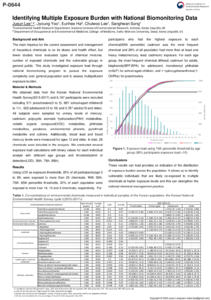 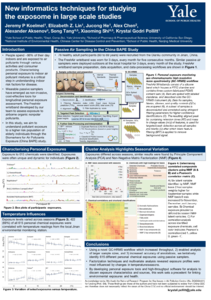 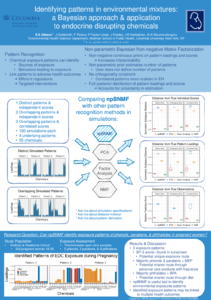 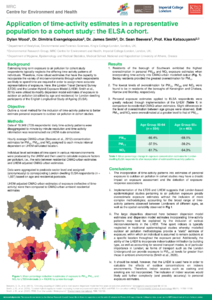 P-0647 - Application of time-activity estimates in a representative population to a cohort study: the ELSA cohort 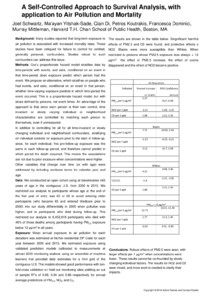 P-0648 - A Self-Controlled Approach to Survival Analysis, with application to Air Pollution and Mortality 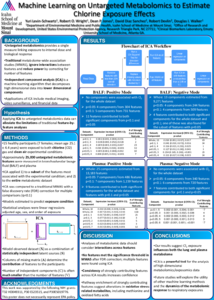 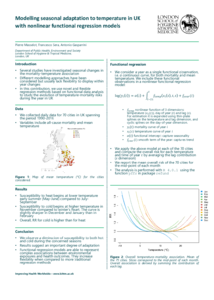