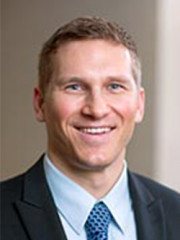 When faced with an irrepairable meniscus or a patient who has had a total or subtotal meniscectomy, meniscus allograft transplantation (MAT) is the preferred modality to restore biomechanical function of the meniscus. The indications for meniscus allograft transplantation are yet to be established. However, currently, MAT has previously been indicated for symptomatic patients who have mild or early osteoarthritis, are younger than 50 years of age, and present with an Outerbridge grade II or lower. The short- to intermediate-term results confirmed noteworthy clinical improvements and consistent objective findings. On the other hand, the successful outcome would be reduced by various complications. Therefore, long-term observation required to evaluate the longevity of these results.

The possible complications of meniscus transplantation include reruptures, graft shrinkage, and extrusion. Graft shrinkage is common with the lyophilized grafts, whereas rare with fresh or fresh frozen grafts. The long-term effects of graft extrusion remain controversial.

The ultimate goal of MAT is cartilage protection and its efficacy has not yet been fully investigated. In some animal model studies, meniscus transplantation was more effective in reducing the cartilage degeneration than meniscectomy, albeit not comparable to the intact meniscus. Some authors recommend to perform MAT as early as possible to improve the chondroprotective role, whereas others report that the timing of MAT was not significantly correlated with the chondroprotection. Verdonk et al. reported that there were no radiographic evidence of joint space narrowing in 41% of the patients and MRI evidence of progression of arthritis in 35% of the patients during the ≥10 years of follow-up period. The long-term effects of MAT should be further investigated in future studies. However, it is our understanding that MAT would provide some level of chondroprotection, although it cannot be comparable to the intact meniscus.

The extrusion of the graft is regarded as another complication after MAT, and relatively more studies have investigated this issue compared to the shrinkage. Several studies have investigated the change of graft extrusion after MAT using serial MRI. Most of the studies focused on the graft extrusion in radial direction observed on coronal plane, while only few studies from the same study group evaluated the graft extrusion in anterior or posterior direction. It is supposed that the graft “extrusion” may be not a progressive problem, but rather may be a problem that already existed immediately after surgery due to assumed reasons including graft size mismatch or inadequate graft position. There were studies on efforts to prevent graft extrusion by reducing the graft size or using different approach for graft placement.

Association between the extrusion of native meniscus and progression of symptomatic knee osteoarthritis has been reported. However, many studies on the extrusion after MAT reported that the extent of extrusion did not correlate with the clinical outcomes, although they have confirmed the occurrence of extrusion. There are several technical considerations to optimize and improve extrusion at the time of meniscus allograft transplantation. In addition, we disucss a novel and developing technique of centralization in order to prevent extrusion of the graft, and hopefully promote chondroprotection over the long-term outcome.

ICRS General Board Meeting (New Board)

20.0 - ICRS General Assembly (For Members Only)

Session Type
Plenary Session
Date
14.04.2022
Time
17:30 - 18:30
Room
Bellevue
Moderators
Meeting Participant
Session Description
All ICRS members, present in Berlin are expected to attend the ICRS General Member’s Assembly. Retired Members and Corporate Members have no right to vote but are most welcome to attend. It is of utmost importance that as many members as possible attend this important meeting and take part in decision-making and approval processes of our association.