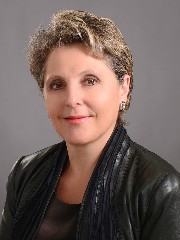 Rush University Medical Center Pediatrics
Susan Chubinskaya; PhD; the Klaus Kuettner Professor of Osteoarthritis Research; is the Vice Provost for Faculty Affairs at Rush University and Vice-Chair; Research and Faculty Development; Department of Pediatrics. She also holds joint appointments as Professor in the Departments of Internal Medicine and Orthopedic Surgery. As a researcher; she is an internationally recognized expert in the field of cartilage repair/regeneration; especially in post-traumatic and degenerative osteoarthritis. She is a co-recipient of multiple awards. Susan secured more than $6M (direct cost) of extramural funding; presented more than 250 lectures; co-authored more than 100 peer-reviewed manuscripts; 12 book chapters; and almost 300 peer-reviewed abstracts. Dr. Chubinskaya holds leadership positions in a number of professional societies. She is the president-elect and the member of the Board of Directors of the Orthopedic Research Society (ORS) and will become the President of the ORS in February 2020. In her role as Vice Provost; Susan oversees Faculty Affairs; Faculty Development; Office of Mentoring Programs; and Office of Global Health. Her focus is on faculty management and database; faculty recruitment and retention; promotion and tenure; professional and career advancement; faculty annual reviews; mentoring; gender equity; diversity and other. Susan is actively involved in the work of the Association of American Medical Colleges (AAMC) as the member; frequent presenter and the leader of the Group on Faculty Affairs (GFA). She is also the member of the AAMC Council of Faculty and Academic Societies (CFAS) and the member of the AAMC Group on Women in Medicine and Science (GWIMS).

Osteoarthritis (OA) is a major worldwide challenge for health systems, representing the most common degenerative joint disorder and the leading cause of chronic disability among older adults. Aging is the most prominent risk factor for OA, considering that the disease affects 32.5 million people in the US, and 88% of them are 45 or older. The overall burden associated with OA in the US ($136.8 billion/year) surpasses that of tobacco-related health effects, cancer, and diabetes. Post-traumatic OA (PTOA) develops after joint injury and is responsible for 12% of the cases of OA in the US. Available pharmacological treatments only provide symptomatic pain relief and fail to arrest the progressive degeneration of cartilage associated with PTOA or idiopathic OA. Surgical procedures that promote cartilage repair are expensive, require long rehabilitation, and might expose patients to the risk of complications. Thus, there is an imperative need in developing novel biologic means that either prevent or treat early onset of the disease. The majority of experimental approaches aimed at investigation of the mechanisms of the disease or the development of treatments focus either on the use of small and large animal models or cartilage obtained from patients during joint arthroplasty. The uniqueness of our work lies in the access to normal human cartilage obtained from organ donors within 24 hours of death through more than a 3-decade collaboration with the Gift of Hope Organ and Tissue Donor Network of Illinois. Since April 1998, we received about 16,000 cartilage specimens from the knee and ankle joints of more than 7500 donors, both genders and multiple races. Knee and ankle pairs of the same donor were obtained from 741 donors. Comparing the weight of donors we received the tissue from between the two decades, 1998-2009 and 2010-present, a statistically significant increase by 18% (p<0.0001) in the number of overweight donors has been observed in the latest decade suggesting that the population is getting heavier and this can further contribute to the development of OA. One of the exclusion criteria in our procurement strategy is the absence of documented history of joint diseases; however, morphological appearance of cartilage samples has ranged from absolutely normal to highly-degenerated/OA-like as assessed by Collins grading system. This allowed us to conduct multiple age- and grade-related studies with the use of donor cartilage. In addition, since the majority of cartilage specimens from both joints fall under normal grades of 0 and 1 we were able to develop various ex vivo PTOA cartilage models to study the mechanisms of cartilage degeneration and investigate potential of therapeutic mitigation and biologic orthoregeneration. In this abstract we discuss some of our key studies using human donor cartilage.

Large body of work has been aimed at understanding the role growth factors, specifically BMPs, IGF-1, and FGF-2, play in human cartilage homeostasis. It was found that the expression of endogenous anabolic growth factors BMP-7, BMP-6, and IGF-1, has decreased with age and cartilage degeneration. For BMP-7, for example, promoter overmethylation was one of the reasons for such decrease; while for IGF-1, aging affected not only the expression of IGF-1 and its receptor IGF-1R, but also the ability of IGF-1 to stimulate proteoglycan (PG) synthesis and other anabolic responses due to modulation of its downstream signaling.

We then developed an inflammatory model of cartilage degeneration using concentrations of IL-1β (1 or 10ng/ml) relevant to its levels in synovial fluid of OA and RA patients. In this cartilage explant model IL-1β inhibited PGs synthesis and induced its degradation, released and degraded collagen, and caused chondrocytes death. IL-1β also had a profound effect on canonical BMP-7 signaling by reducing the number of ALK-2 and ALK-3 receptors, inhibiting Smad1 and Smad6 expression, delaying and prematurely terminating the onset of BMP-7 mediated R-Smad phosphorylation and affecting nuclear translocation of R-Smad/Smad4 complexes. In the same study we discovered that the alternative phosphorylation of R-Smad in the linker region via the MAPK pathway (primarily p38 and JNK) could be a possible mechanism through which IL-1β interfered with BMP-7 signaling and responses to BMP-7. Conversely, recombinant BMP-7 was found to directly inhibit phosphorylation of p38 and restore PG synthesis reduced by IL-1β, more so than other major BMPs. In addition to BMP-7, other potential therapeutic agents for cartilage regeneration, such as IGF-1 and Dexamethasone (Dex) , were tested in multiple collaborative studies with Drs. Loeser and Grodzinsky. Both IGF-1 and Dex alone or in combination were able not only to prevent release of PGs, but also arrest collagen degradation.

In our latest studies using the same model of human cartilage inflammation we assessed metabolism of adipose-derived stromal cells (ADSCs) +/- hydrogel and their protective effect. We found that ADSC exhibited 1) a pro-anabolic activity by restoring and stimulating above control levels PG synthesis inhibited by IL-1β (p=0.033); and 2) a continuous anti-inflammatory response by upregulating IL-1RA and its ratio to IL-1β (p<0.001).

To investigate early responses to injury-induced PTOA we developed an acute injury model to human normal ankle cartilage in collaboration with Drs. Wimmer and Pascual-Garrido. Within the first two weeks post-injury three phases of immediate cellular responses were identified: 1) early phase, accompanied by cell death, apoptosis, and elevation of pro-inflammatory cytokines IL-6, TNF-a, FGF-2, and their signaling pathways; 2) intermediate, with initial anabolic responses characterized by elevated PG synthesis and increased expression of BMPs and superficial zone protein; and 3) late stage, characterized by attempted repair. If remained untreated, cell death by apoptosis in this model spread out horizontally and longitudinally to the adjacent, un-impacted, cartilage areas. However, treatment with P188 surfactant was not only able to arrest expansion of apoptosis, but also modulate IL-6 signaling via the inhibition of Stat1 and P38.

Finally, using cadaveric knee and ankle joints we created a model of chondral and subchondral joint injury, in which cartilage or cartilage/subchondral bone explants were prepared in a donut-like shape with central core being carved out. This model was utilized to study orthoregenerative potential of Agili-C implant. It demonstrated that chondrocytes penetrated a porous structure of Agili-C, filled empty defects with extracellular matrix constituents aggrecan and type II collagen, and formed a surface layer that contained progenitor-like cells. Agili-C is currently being tested for osteochondral and chondral repair in multi-center phase II and III clinical trials.

In conclusion, many years of research on human cadaveric joint tissues proved that the ex vivo models of PTOA/OA-like disease with the use of human fresh normal cartilage are relevant in highlighting the role of injury and inflammation in earliest stages of PTOA. They also provided a unique opportunity for translational research aimed to identify targets for potential therapeutic interventions based on the mechanisms of the disease. Finally, human cartilage provided a perfect platform for fine-tuning of innovative approaches to orthoregeneration and enabled a rapid transition to clinical trials and bedside.

Acknowledgements: I would like to acknowledge my collaborators and members of my lab, who contributed to the research described in this abstract: Drs. Pascual-Garrido, Yanke, Elshaier, Soeder, Merrihew, Margulis, Rappoport, Mishra, Bajaj, Kirk, Rueger, Loeser, Wimmer, Grodzinsky, Maher, Scanzello, Cole, Katz, Altschuler, Kon, Spagnoli, and Mrs. Hakimiyan. I also would like to acknowledge all funding sources (NIH, Cartiheal, JointechLabs, Klaus Kuettner Endowed Chair), Gift of Hope and donor’s family for making this journey possible and so exciting.

ICRS General Board Meeting (New Board)