Place cells are a core functional characteristic of the hippocampal coding of space. Technological and methodological advances now allow for large scale and longitudinal recordings of neuronal activity. Accumulating evidence suggests that various hippocampal regions display a turnover of place cell coding with a timescale on the order of days and weeks. While the overall dynamics and its possible function has received substantial attention, the individual dynamics of the cells’ place fields remain incompletely characterized.

We analyzed two-photon activity imaging data of neurons in the hippocampal CA1-region of behaving mice unidirectionally navigating a linear, circular virtual environment in which they encountered visual, as well as reward stimuli at fixed locations, Fig. a).

We tracked neurons over up to 100 sessions and characterized their place coding behavior. Cells could switch from place encoding to non-coding, or relocate their place field position, Fig. b). Specifically we found that

1) continuously coding cells largely maintain their place field in a closely circumscribed region of space, but have a low probability of long-range relocation, Fig. c)

3) transition rates between coding and non-coding states, as well as relocation probabilities are modulated by visual salience of place-field-location 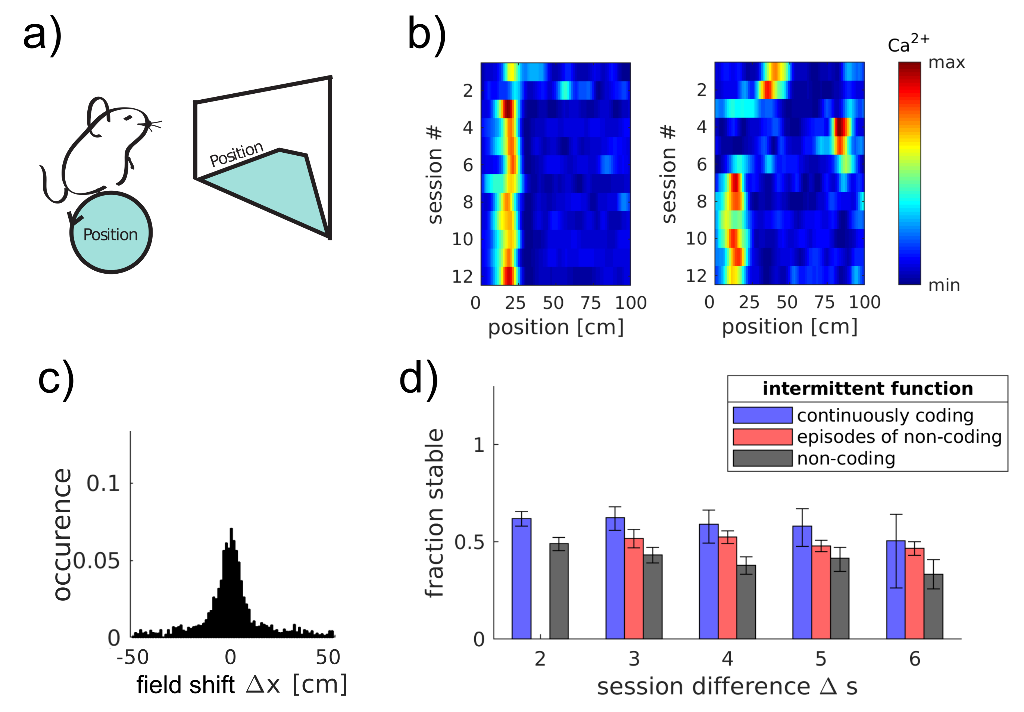 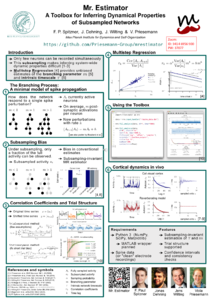 2459 - A toolbox to infer intrinsic timescales from subsampled spiking activity 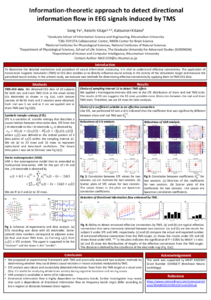 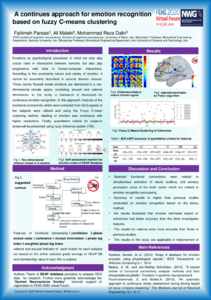 2463 - Alterations of white matter connectivity in the glaucomatous brain 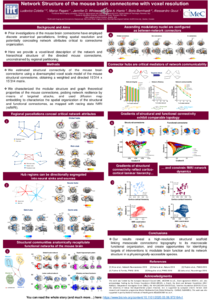 2464 - Network structure of the mouse brain connectome with voxel resolution 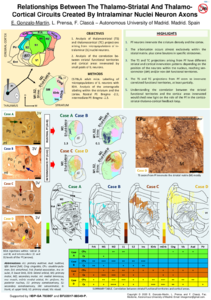 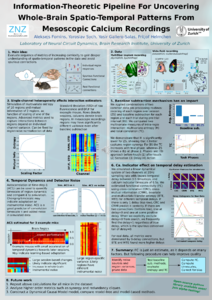 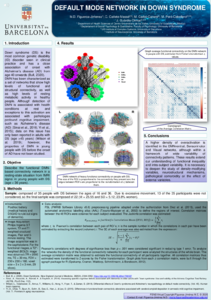 2467 - Default Mode Network in Down Syndrome 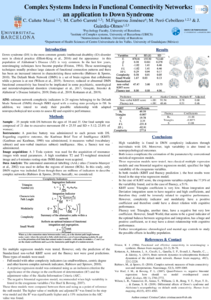 2468 - Complex Systems Indexs in Functional Connectivity Networks: an application to Down Syndrome. 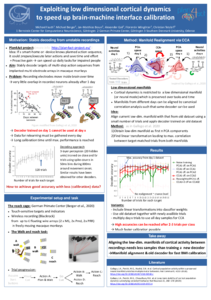 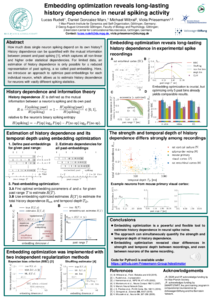