We measured plasma levels of TMAO and inflammatory markers in 104 CVID patients and 30 healthy controls. In addition, we related TMAO levels to our previous data on gut microbial composition and obtained a dietary questionnaire from 40 CVID patients.

CVID patients have increased plasma levels of the gut microbiota-dependent metabolite TMAO associated with increased inflammatory markers and an abundance of the TMA producing Gammaproteobacteria in the gut. TMAO appears linked to systemic inflammation in CVID through the gut microbial axis, which could potentially be modified by diet. 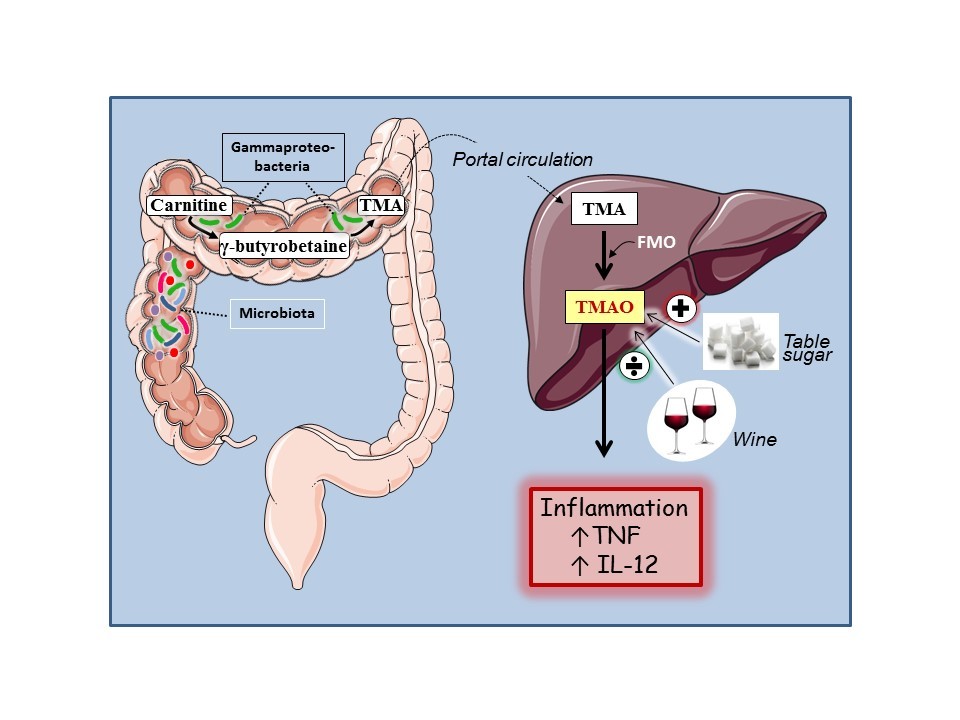