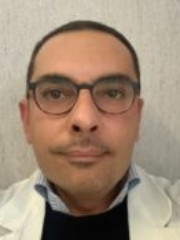 Università Politecnica delle Marche Unit of Clinical Psychiatry, Department of Clinical Neuroscience/DIMSC
Umberto Volpe obtained both his Medical Degree and his Specialization in Psychiatry at the University of Naples SUN, Italy. He attended his PhD course in “Behavioural Sciences” at the University of Naples SUN, at the Neurotec Department of the Karolinska Institute of Stockholm (Sweden) and at the Department of Psychiatric Neurophysiology of the University of Bern (Switzerland). In 2010, he has been invited as guest researcher at the University of California Los Angeles (USA) to work in the field of Neurofeedback. In 2012, he has been invited as research fellow at the Neurobiology of Psychoses Unit of the Institute of Psychiatry at the King’s College of London (UK) to investigate on fMRI neuroimaging of reward processing in schizophrenia and of body image disturbances in eating disorders. In 2009, he has been appointed as Co-Chair of the "Early Career Psychiatrists Committee" and he served as Secretary of the “Schizophrenia” and of the “Telemental Health” Sections of the European Association of Psychiatry (EPA). In 2015, he has been elected Co-Chair and, in 2018, he has been elected Chair of the EPA Section on Telemental Health. From 2008 to 2017, he has served as staff researcher at the Department of Psychiatry of the University of Naples SUN (Italy) and coordinated the Degree for Technicians in Psychiatric Rehabilitation. He authored more than 57 scientific peer-reviewed papers as well as several books and books chapters. He served as referee for more than 50 psychiatric and neuroscience journals. He is member of the Editorial Board of several journals in the field of psychiatry. In 2017, he has been appointed as Professor of Psychiatry, Director of the School of Specialization in Psychiatry, and Head of the Psychiatric Department at the Università Politecnica delle Marche (Ancona, Italy). His current research interests include clinical psychiatry, translational psychopharmacology, family psychoeducation for severe mental illnesses, pathways to psychiatric care, wellbeing among mental health professionals, psychiatric rehabilitation techniques, CBT mindfulness techniques delivered within telemental health settings.

Workshop: Unmet Needs in Modern Psychiatric Practice: a Collaborative Workshop between the Committee on Education and EPA Scientific Sections

Date
Tue, 13.04.2021
Session Time
15:30 - 17:00
Room
Channel 5
Chair(s)
Session Description
The Live Q&A of this session will take place in the Live Sessions auditorium. Please refer to the interactive programme for the exact time and channel. The social, economic and scientific changes occurred in the recent years have had, and are still having, a significant impact on psychiatric practice and on the clinical presentation of many mental disorders. Some traditional syndromes seem to be disappeared, such as catatonia, while new forms of mental health problems are coming to psychiatric consultation. Despite these significant changes, psychiatry as a profession still bases its education, research and clinical practice on a knowledge developed over the last two centuries. Social changes are modifying the role of psychiatrists and of mental health professionals in the modern society and therefore there is the need to re-think the agenda for educational needs of the future generation of psychiatrists. In this workshop, speakers will discuss the main unmet needs in education in psychiatry from different perspectives, from psychopharmacology to social psychiatry, with a specific focus on the impact of the pandemic on the educational needs of early career psychiatrists.
Session Icon

Date
Tue, 13.04.2021
Session Time
17:30 - 19:30
Room
Courses Hall A
Chair(s)
Session Description
Proposed by the EPA Section on TeleMental Health - Telemental health care or Telepsychiatry (TP) is the use of telecommunication and information technologies to deliver psychiatric and mental health services at a distance. The evidence-base for this field of psychiatry has rapidly grown, over the past years. Evidence related to faculty and trainee competencies is strong for TP direct service and consultation to primary care. Promising evidence is accumulating also for asynchronous video and Internet-based cognitive behavioral therapy. New research fields concerning technology-based self-help and support groups, clinical use of social media, smartphone apps for self-care (e.g., anxiety and depression management) and other e-mental health applications are also rapidly emerging. TP interventions increase access to mental healthcare, result in quality of care equivalent to in-person care and often reduce costs. Competencies that focus on skills, more than knowledge, can help clinicians adjust to differences with in-person care, ensure quality, and prevent and manage potential challenges (e.g., boundary, privacy and other regulatory issues; barriers to assessment; therapeutic barriers). Telemental health care (spanning across psychiatry, psychology, social work, counseling, marriage and family) and social media competences are today necessary also in routine settings. The course will provide a knowledge base about TP, a rationale for use of TP approach in a variety of psychiatric settings and practical hints about how to deliver TP care in a wide range of populations. The course will be organized in collaboration with the EPA Early Career Psychiatrists Committee and its Chair (M. Pinto da Costa) will act as a Course Facilitator.
Session Icon

Symposium: e-Mental Health and the Future of Psychiatric Diagnosis

Date
Sun, 11.04.2021
Session Time
15:30 - 17:00
Room
Channel 5
Chair(s)
Session Description
The Live Q&A of this session will take place in the Live Sessions auditorium. Please refer to the interactive programme for the exact time and channel. Proposed by the EPA Section on TeleMental Health -The 21st century has witnessed a fast-paced revolution in information technologies, that in turn contributed to the spread of new complementary diagnostic and clinical tools for mental health, which are likely to become a standard of practice in the near future, especially for younger generations of psychiatrists. The symposium will provide an introduction on the main past and contemporary issues related to the diagnostic process in psychiatry and innovative digital approaches to psychiatric diagnosis will be presented. In detail, Neuroanalysis represents a novel integrative approach, based on a patient-interactive digital platform which couples EEG-based imaging data with machine-learning algorithms to measure brain network activity in psychiatric diseases. Digital Phenotyping takes advantage on biosensors and allows to analyze several digital parameters (individual level of activity, GPS location, use of voice/speech, use of social media and human-computer interactions) in real time. Its clinical potential in relation to monitoring the transition from at-risk conditions to initial stages of mental illnesses, in providing accounts of early signs of relapse, and in promoting recovery will be addressed. Finally, the use of automated technologies to perform innovative clinical assessments will be reviewed, with specific reference to the identification of subjects at high risk for neurodevelopmental disorders. Digital tools today represent potentially cost- and time-effective tools for clinical providers to help support early detection and diagnosis of psychiatric disorders and their potentials as well as their caveats for clinical practice will be thoroughly discussed.
Session Icon

How to Implement Telemental Health Care in Clinical Psychiatry Settings

ECP0012 - Telepsychiatry and the Psychiatrist of the Digital Era