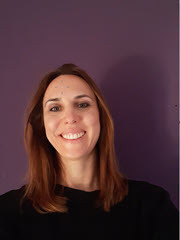 Zagreb School of Medicine and Zagreb University Hospital Centre Department of Psychiatry
Associate professor Martina Rojnic Kuzman, MD, PhD, psychiatrist, subspecialty in biological psychiatry and social psychiatry, final year of psychotherapy training – systemic family therapy. I am actively involved in clinical and research work with patients with early course of psychosis, as the chief of the ward for schizophrenia and psychotic disorders and the daily hospital for first episode psychosis. Currently I am the local coordinator for the project RECOVER-E (LaRge-scalE implementation of COmmunity based mental health care for people with seVere and Enduring mental ill health in EuRopE) (2018-2022), funded by the programme Horizon 2020, in which the European Psychiatric Association is one of the partners. In the last few years, I have successfully led two projects, including Biomarkers in schizophrenia – integration of complementary methods in longitudinal follow up of first episode psychosis patients (2015-2018), funded by the Croatian Science Foundation and partner and the international project mPIVAS:m-health Psychoeducational Intervention Versus Antipsychotic-Induced Side-effects, that is funded by the European Union (Life Learning Programmes, Leonardo da Vinci Partnership), (2013-2015) in which the European Psychiatric Association was one of the partners, too. So far, I have published more than 80 expert and scientific papers (h-index of 16 according to Google Scholar) and serve as associate editor in the journals Psychiatria Danubina (2011.-), International Journal of Mental Health Systems (2019 - ) and as a member of the editorial board of the European Psychiatry (2020 - ). I am actively involved in professional associations at international and national level, serving as secretary general of the Croatian Psychiatric Association (CPA) (2014-), and Board member of the European Psychiatric Association (2017 - 2021), continuing former activities (president of the European Federation of Psychiatry Trainees (2008-2011); president and founder of the Croatian Section of Young Psychiatrists and Trainees, CPA (2005-2009); Board Member of the ECPC - EPA (2009 - 2013) and chair of the ECPC - EPA (2013-2015). I am teaching undergraduate and postgraduate students at the Zagreb School of Medicine since 2003 and have been a mentor for postgraduate students for doctoral thesis and undergraduate students for graduate thesis and students’ research work.

Workshop: Practical Suggestions on the Clinical, Ethical and Economic Consequences of the COVID-19 Pandemic on Mental Health

Date
Sun, 11.04.2021
Session Time
10:00 - 11:30
Room
Channel 6
Chair(s)
Session Description
The Live Q&A of this session will take place in the Live Sessions auditorium. Please refer to the interactive programme for the exact time and channel. The COVID-19 pandemic represents a unique traumatic event which has had and is continuing to have an impact on the mental health of the general population worldwide. The pandemic is a new form of threat, different from previous mass disasters such as tsunami or earthquakes, where the threat is well defined and confined in time and space, while this virus can be everywhere and can be carried by everyone. Therefore, the pandemic and its related containment measures are associated with high levels of depressive, anxiety and stress symptoms in the general population, as well as by increasing levels of stigma and discrimination towards the infected people. However, the pandemic is expected to cause a global economic recession, with increasing rates of unemployment and poverty, which will in turn increase social disparities and suicide risk. Therefore, the most disadvantaged people, such as people living with disabilities, elderly people or migrants, are expected to be the most severely affected by the long-term consequences of the pandemic. In this workshop, international renowned speakers will discuss the impact of the COVID-19 pandemic from a social, economic and clinical perspectives, also including experiences from low-resource settings. Furthermore, a specific focus will be given on carers of patients with severe mental disorders, which have been overlooked during the initial phases of the pandemic.
Session Icon

Date
Sun, 11.04.2021
Session Time
15:30 - 17:00
Room
Channel 1
Chair(s)
Session Description
There is a growing number of evidence that beside the importance of the baby-mother relationship there are several other psycho-social factors which have importance in the healthy development of the infant, as well as on the mother suffering perinatal mental disorder. Although, the extended family and important others are concerned during perinatal period, the focus of the non-pharmacological interventions mainly on the mother. The symposium highlights the effectiveness and importance of family-based interventions in clinical practice, evidences in different methods, like video-feedback, integrated and graduated perinatal care, psychoeducation for perinatal depression and the contextual, relational ethics among family members usually guiding these interventions.
Session Icon

Conference Calendar
Workshop: Practical Suggestions on the Clinical, Ethical and Economic Consequences of the COVID-19 Pandemic on Mental Health (ID 271) No Topic Needed

ECP0027 - Prevention of the First Episode of Psychosis: What Have we Reached by 2021?

Prevention of the First Episode of Psychosis: What Have we Reached by 2021?

The first episode of psychosis is usually preceded by a prodromal period or stage of psychosis, where early signs of symptoms indicating onset of first episode psychosis (FEP) occur. In the last twenty years, enormous progress was made in the tretment of FEP and subsequently schizophrenia, as the focus of treatment of FEP shifted to this prodromal period with the aim of preventing the first episode of psychosis in people at risk.Treatment for the prodromal stage of psychosis is provided within specialized early intervention services, which are somtimes part of the services for the treatment of FEP. Early intervention services, which have been gradually developed in many countries worldwide, usually incorporate multimodal treatment approaches (pharmacotherapy, psychotherapy and psychosocial interventions). However, there are still many differences in the treatment of prodromes across early intervention services, even within one country, leaving open the questions on what kind or combinations of treatments really work in the prevention of FEP. The methods of studies in the scientific psychiatric literature do not allow easy translation of scientific data to clinical practice. In the presentation, an up-to-date overview of the available treatments offered witin early intervention services for prevention of FEP is given.