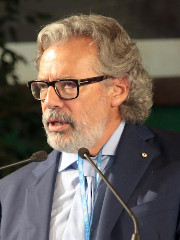 Griffith University, Brisbane, QLD, Australia Australian Institute for Suicide Research and Prevention, Griffith University, Brisbane, QLD, Australia
Diego de Leo is Emeritus Professor of Psychiatry at Griffith University in Brisbane, where he is Director Emeritus of the Collaborative Center of the World Health Organization (WHO) for Research and Training in Suicide Prevention. He was the founder of the Life Promotion Clinic, the only clinical service in Australia that deals exclusively with suicidal patients, and also the creator and former convenor of the Master Courses in Suicidology at Griffith University. Professor de Leo was President of the International Association for Suicide Prevention (IASP) and co-founder and Past-President of the International Academy for Suicide Research (IASR) of which he is also co-founder of the journal Archives of Suicide Research. Prof De Leo was the initiator (2003) of the World Day for the Prevention of Suicide (10 September). Member of the editorial board of numerous international journals, he is the Editor Emeritus of the journal Crisis. Prof De Leo has published extensively, with more than 500 peer-reviewed articles, 190 book chapters, 60 volumes and over 400 conference presentations. Winner of numerous national and international awards, in 2007 he was awarded the title of Doctor of Science by Griffith University for his research on suicide and psychogeriatrics. On January 26, 2013, Queen Elizabeth II awarded him the title of Officer of the Order of Australia. In 2017, he received the Morselli Award from the International Academy for Suicide Research in Las Vegas. Previously, he won the Stengel Award from the International Association for Suicide Prevention, the Dublin Award from the American Association of Suicidology and the Suicide Prevention Australia Research and Career Awards. Prof De Leo is presently Director of the Psychology Department at Primorska University, Slovenia, and Director of the Slovene Center for Suicide Research. He is Vice-President of the Italian Association of Psychogeriatrics and promoter of the national day to combat loneliness. He is the President of the World Alliance of Crisis Helplines (WACH). His scientific work has attracted over 55,000 citations on SCOPUS, with h-Index of 68 (1st January, 2021). The foundation in the name of his children, De Leo Fund, based in Padua, Italy, is now a national and international reference for the assistance to people who have suffered a traumatic loss.

Workshop: (Assisted) Suicide in the Elderly

Date
Mon, 12.04.2021
Session Time
08:00 - 09:30
Room
Channel 4
Chair(s)
Session Description
The Live Q&A of this session will take place in the Live Sessions auditorium. Please refer to the interactive programme for the exact time and channel. Proposed by the EPA sections on Old Age Psychiatry and Suicidology and Suicide Prevention -At advanced age, rates of males diverge even more from those of females. A better understanding of these factors may reduce the toll of suicide at these extreme ages as Prof. de Leo is going to discuss. Prof. Zeppegno will focus on the even twofold rate of suicidal behaviours when there is a chronic or terminal illness. Psychiatrists and geriatricians will likely meet mentally competent older adults expressing a wish to die: sometimes entangled with e.g.chronic illness, sometimes in the absence of terminal illness, but due to the feeling that they have already lived a completed life. The possibility of a "rational suicide" will be discussed. Prof. Stek is going to discuss the problem that in late life depression the clinical management of suicidality is often complicated by the presence of physical and neuropsychiatric comorbidity. Moreover, in The Netherlands the position of euthanasia in end of life choices may interfere with available diagnostic and treatment options. The challenges of well substanciated decision making in these situations will be discussed. Although interventions for suicide prevention are known, their relative effect for the elderly in general have not been explored. Prof. van der Feltz-Cornelis will discuss in her lecture what could be aspects of relevance for interventions in this specific age group. And finally Prof. Hegerl will show – at the example of a recent increase in gassing suicides – which role the media and especially the internet plays for the methods of suicide and what it could mean for suicide prevention.
Session Icon