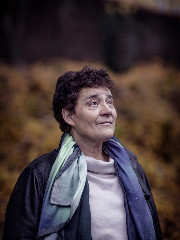 Mental Health Center Copenhagen CORE-Copenhagen Research Center for Mental Health
Merete Nordentoft is Professor in Psychiatry, University of Copenhagen. Merete Nordentoft played a leading role in developing and implementing early intervention services in Denmark. She is an expert in epidemiology, suicidal behaviour, psychopathology and early intervention in psychosis. She has led the process from research to implementation of early intervention services all over Denmark. Professor Nordentoft has worked with suicide prevention at a national level since 1997 and together with a group of epidemiologists from Nordic countries, she has demonstrated that life expectancy for people with schizophrenia is 15 to 20 years shorter than in the general population. She initiated the Danish High Risk and Resilience Study VIA 7 -a representative cohort study of 522 7 year old children with 0, 1, or 2 parents with schizophrenia or bipolar disorder. Professor Nordentoft was given the prestigious awards: The Golden Scalpel, Global Excellence in Health, the Richard Wyatt Award, the Marie and August Krogh Award and the Novo Nordisk Prize. She was the president of IEPA from 2012 to 2014, and she is president elect in SIRS

Course 10: Early Intervention in Psychosis: Working as a Team and Involving Families

Date
Sun, 11.04.2021
Session Time
08:00 - 10:00
Room
Courses Hall B
Chair(s)
Session Description
Mental illness is associated with high burden of disease and it has severe individual and societal consequences. It will be of immense value to be able to intervene in risk groups identified before onset of psychosis and other severe psychiatric disorders. In first episode psychosis, early Intervention services with team-based intensive case management and family involvement are superior to standard treatment in reducing psychotic and negative symptoms and comorbid substance abuse and improving social functioning and user satisfaction. As an introduction, the results of the OPUS-trial will be presented together with meta-analyses based on similar trials. The basic principles for working in an early intervention team will be presented and discussed. Involving families is a cornerstone in early intervention. Family involvement can be in many different formats, depending on the needs and preferences of the patients and the relatives. The multifamily group approach will be presented with vignettes and tried out in role plays. The implementation of OPUS all over Denmark will be presented together with the Danish OPUS-fidelity study.
Session Icon

S0178 - Cognitive Remediation in Subjects at UHR for Psychosis: Is This the Right Time?