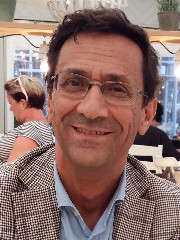 Workshop: Psychiatric Genetics: What a European Psychiatrist Should Know in 2021?

Date
Sun, 11.04.2021
Session Time
10:00 - 11:30
Room
Channel 5
Chair(s)
Session Description
The Live Q&A of this session will take place in the Live Sessions auditorium. Please refer to the interactive programme for the exact time and channel. The last decade has witnessed major advances in psychiatric genetics and their publication have received wide media coverage. Psychiatrists are asked to answer questions and faced the growing awareness among patients and their family members. While genetic testing is not part of the routine clinical practice for the most common psychiatric disorders (schizophrenia, bipolar disorders, major depressive disorders), it can already be done in certain cases, particularly for the identification of pathogenic copy number variants that are associated with high risk for schizophrenia. Major efforts to promote such testing are now underway in Europe and the development of new tests looking for other variants is spreading. However, genetic testing and counseling are not harmonized yet and remain patchy across Europe. The socioeconomic and political heterogeneity of the countries leads to spatial disparities. Cultural and ethical differences leads to different representations of psychiatric care and genetics. Scientific research and funding is poorly distributed. In 2018, the European Union funded a COST Action to build a network called EnGagE: “Enhancing Psychiatric Genetic Counselling, Testing, and Training in Europe”. The objectives are to develop a framework to facilitate the implementation of genetic testing and genetic counseling into routine psychiatric care. EnGagE aims to develop standardized practice recommendations and research protocols, share scientific knowledge and data, and provide standardized training. This EnGagE’s workshop will focus on the four sides of genetic testing: laboratory update, medical impact, research point of view and new challenges.
Session Icon

Conference Calendar
Workshop: Psychiatric Genetics: What a European Psychiatrist Should Know in 2021? (ID 173) No Topic Needed

Genetic testing is well established in many areas of clinical medicine, is increasingly used in clinical psychiatry and it becomes increasingly important to understand the scope and limitations of the different genetic tests applied. The recommended genetic work-up of patients with neurodevelopmental disorders (such as intellectual disability or autism spectrum disorders) includes conventional karyotyping (low resolution) able to detect chromosomal rearrangement and structural variants (>5Mb, 5 million-bp), testing for fragile X-Syndrome, screening for deletions and duplications down to 20 Kb by Comparative Genomic Hybridisation (CGH), able to detect Copy Number Variation (CNVs; gain or loss of genetic material compared to the reference genome).

Sanger sequencing is used for mapping of single base pair genetic variants in single genes but unable to identify deletions or duplications. The more advanced Next Generation Sequencing (NGS) have enabled to detect variants in panels of 10-100 (or more) genes, or in all coding regions using Whole Exome Sequencing (WES; 23.000 genes). Whole Genome Sequencing (WGS) analysis enables also the detection of all size range and types of genetic variation including CNVs, trinucleotide repeats and translocations.

All this led to an impressive change in interpreting genomic variants that need to be strictly linked to clinical information before it can be used by clinicians to improve diagnosis or care. Bioinformatic tools to annotate variants, predict their effects and select the genes and genomic regions of interest are needed to guide the clinical work followed with careful evaluation of the prioritized variants based on the clinical knowledge (https://www.cost.eu/actions/CA17130/#tabs|Name:overview).