Background:
Chimeric antigen receptor (CAR) T cells are emerging as a novel treatment modality that highly effective in the treatment of relapse/refractory
B-cell lymphoma, providing alternative therapeutic options for patients who failed to respond to conventional treatment or relapse. Although highly remission rates have been reported with
CAR-T cell therapy in relapse/refractory B-cell lymphoma, relapse or disease progression is common after CAR-T therapy. This current study is to better our understanding of whether consolidative hematopoietic stem cell transplantation(HSCT) confers superior survival outcomes to patients who got remission by CAR-T cells therapy.

Methods:
Compare the efficacy and survival of CAR-T therapy followed by HSCT and CAR-T alone in patients with relapsed/refractory B-cell lymphoma. 30 cases with CR or PR disesse status after CAR-T cells therapy in the First Affiliated Hospital of Soochow University from 2017 to 2019 were included. 11 of these cases (36.7%) were treated with HSCT after CAR-T therapy, of which 7 cases were treated with autologous stem cell lymphoma(ASCT), and 4 cases were treated with allogeneic stem cell transplantation(Allo-SCT). 19 of these cases (63.3%) were treated with CAR-T only. Overall survival(OS) and progression-free survival(PFS) rates were estimated by the Kaplan-Meier method, and Survival comparison was analyzed by using the log-rank test.

Disclosure:
there is no conflict of interest or source of funding 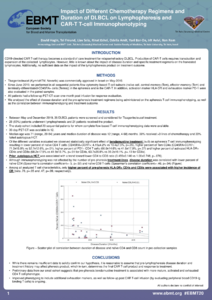 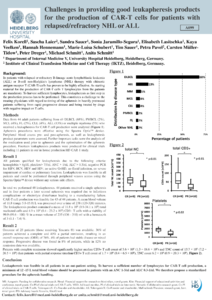 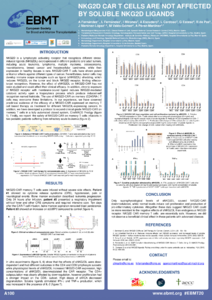 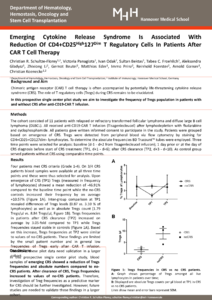 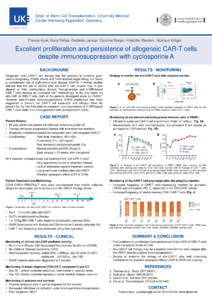 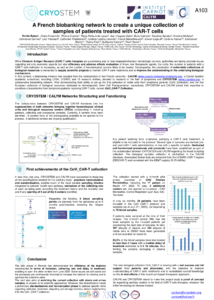 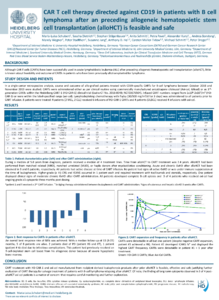 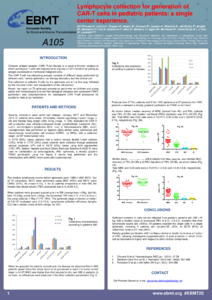 A105 - LYMPHOCYTE COLLECTION FOR GENERATION OF CAR T-CELLS IN PEDIATRIC PATIENTS: A SINGLE CENTER EXPERIENCE (ID 640) 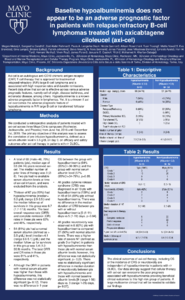 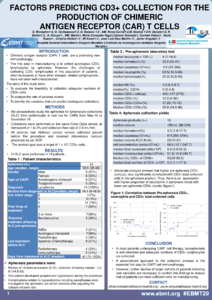 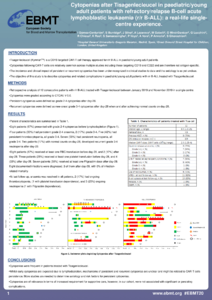