Background:
Chimeric-antigen-receptor (CAR-) T cells have demonstrated remarkable efficacy in the treatment of B-cell hematological malignancies, leading to the recent approval of two CD19-CAR-T cell products (Tisagenlecleucel/Kymriah and Axicabtagene ciloleucel/Axi-cel/Yescarta) in the US and Europe. CAR-T cell engraftment and expansion represent crucial parameters for efficacy of treatment. Monitoring of CAR-T cell concentrations has however been limited by the lack of diagnostic assays.

Methods:
We performed prospective serial measurements of CAR-T cell levels in blood and body fluids of 18 patients treated with Axi-cel. Informed consent was obtained from all patients and the study approved by the ethics committee. Per protocol, blood samples are collected on days 0, 3, 7, 10, 14, 21, 28, 35, 56, 84, 180 and 365 after CAR-T cell infusion. In case of ICANS and lumbar puncture, cerebrospinal fluid (CSF) is also analyzed for CAR-T cell numbers. Quantification of CAR-T cells was performed using a newly developed digital PCR assay (Fehse et al., EBMT 2020).

Results:
We have treated 18 patients with diffuse large B cell lymphoma with Axi-Cel. Sixteen of these patients were evaluable for day 30 response at time of abstract submission. CAR-T cells could be detected in the blood of all 16 patients, expansion and contraction followed the expected kinetics with median peak value of 11.2 CAR-T cells on (median) day 11.5 after infusion. Clinically, we observed only 2 responses (1PR, 1 CR) in 7 patients who had poor expansion of CAR-T cells (defined as peak numbers below and peak time-points above median), while 9 out of 10 patients with comparatively good expansion showed response (5 CR, 4 PR) on day 30. Seven out of 10 patients with good expansion experienced CRS and/or ICANS whereas only 2 of 7 patients with poor expansion had CRS or ICANS. CSF was collected from 3 patients with ICANS. In all 3 cases, high concentrations of CAR-T cells were detected in CSF. Two patients received dexamethasone for the treatment of ICANS. In both cases, treatment with dexamethasone (1 dose and 6 doses of 10mg respectively) led to a drop in the concentration of CAR-T cells, followed by recovery after discontinuation of dexamethasone (Figure 1). Data on more patients and cytopenias will be presented at the meeting.

Conclusions:
Despite the relatively small patient number, our data emphasize the importance of monitoring CAR-T concentrations after infusion and indicate an association with response and side effects. CAR-T cell proliferation appears to bounce back after treatment with dexamethasone. 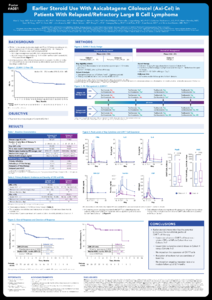 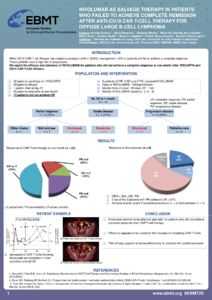 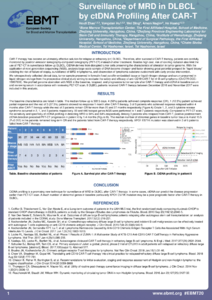 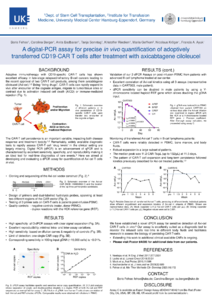 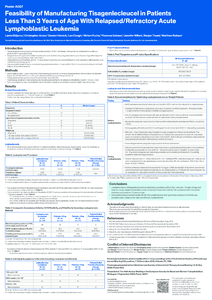 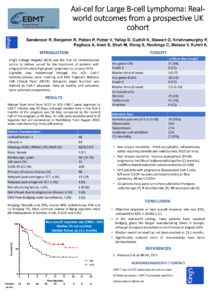 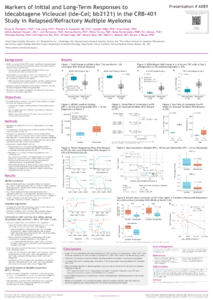 A089 - MARKERS OF INITIAL AND LONG-TERM RESPONSES TO IDECABTAGENE VICLEUCEL (IDE-CEL; BB2121) IN THE CRB-401 STUDY IN RELAPSED/REFRACTORY MULTIPLE MYELOMA (ID 188) 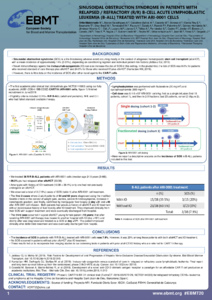 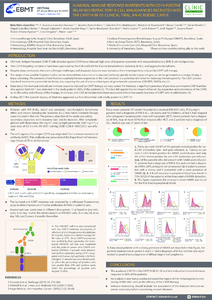 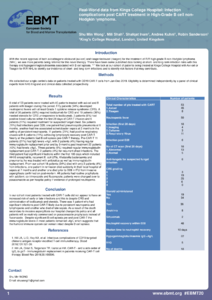 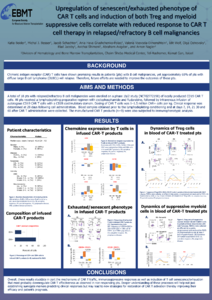