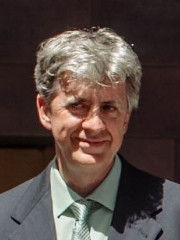 Chronic traumatic encephalopathy (CTE) is a neurodegenerative disease with prominent TAU pathologies caused by repeated brain traumas. The molecular modifications of TAU in CTE are essentially identical those found in AD tissues, but the spatial pattern of degeneration is different. We tested our hypothesis that mild traumatic brain injury (mTBI) can act as a pathogenic trigger of TAU modification and characterized the early-stage pattern and molecular consequences of these modifications.

We induced mTBI in the forebrains of MAPT-GR mice, in which the endogenous mouse Mapt gene is replaced by the full human MAPT (TAU) gene. Brain tissues were then examined for TAU phosphorylation and sub-cellular localization.

Prior to mTBI, human TAU protein in MAPT-GR mice is unphosphorylated and primarily localized to axons. We found that TAU in neurons impacted by mTBI becomes phosphorylated and prominently mis-localized to the somatodendritic domain. TAU pathology is clearly detectable by day 3 post-mTBI, is fully developed by day 7, and in young animals is largely cleared by 1 month. Treatment of the brain tissue just prior to mTBI with specific kinase inhibitors blocked both the TAU phosphorylation and mislocalization. In control experiments with wt mice, mTBI did not induce phosphorylation nor mislocalization of the mouse TAU protein.

We conclude that physical damage to axons activates a pair of kinases to phosphorylate TAU and that this phosphorylation is a necessary component of the process that then moves the modified TAU protein from the axon to the somatodendritic domain.