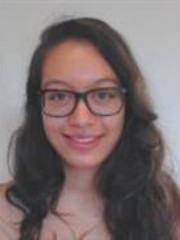 Brains of AD patients are characterized by the presence of amyloid pathology, Tau-pathology and neurodegeneration, referred to as A-, T- and N-pathology respectively. These stages develop in a characteristic spatio-temporal way in AD patients. Previous publications demonstrated amyloid facilitated tau seeding of endogenous tau, highlighting the relevance of amyloid facilitated tau pathology. We now focused on the development of a preclinical model that recapitulates all aspects of ATN pathology, downstream of amyloid pathology.

Hereto, we analyzed the effect of amyloid pathology on Tau-seeded pathology, its propagation and subsequent neurodegeneration in crosses of TauP301S and 5xFAD mice.

Our in vivo model displays amyloid facilitated propagation of Tau-seeded pathology and Tau-induced neurodegeneration. We here present a model robustly recapitulating the ATN pathologies, providing a tool to gain mechanistic insights in the interrelation and synergism between A, T and N pathologies to gain insight in the progressive development of ATN pathologies in AD.